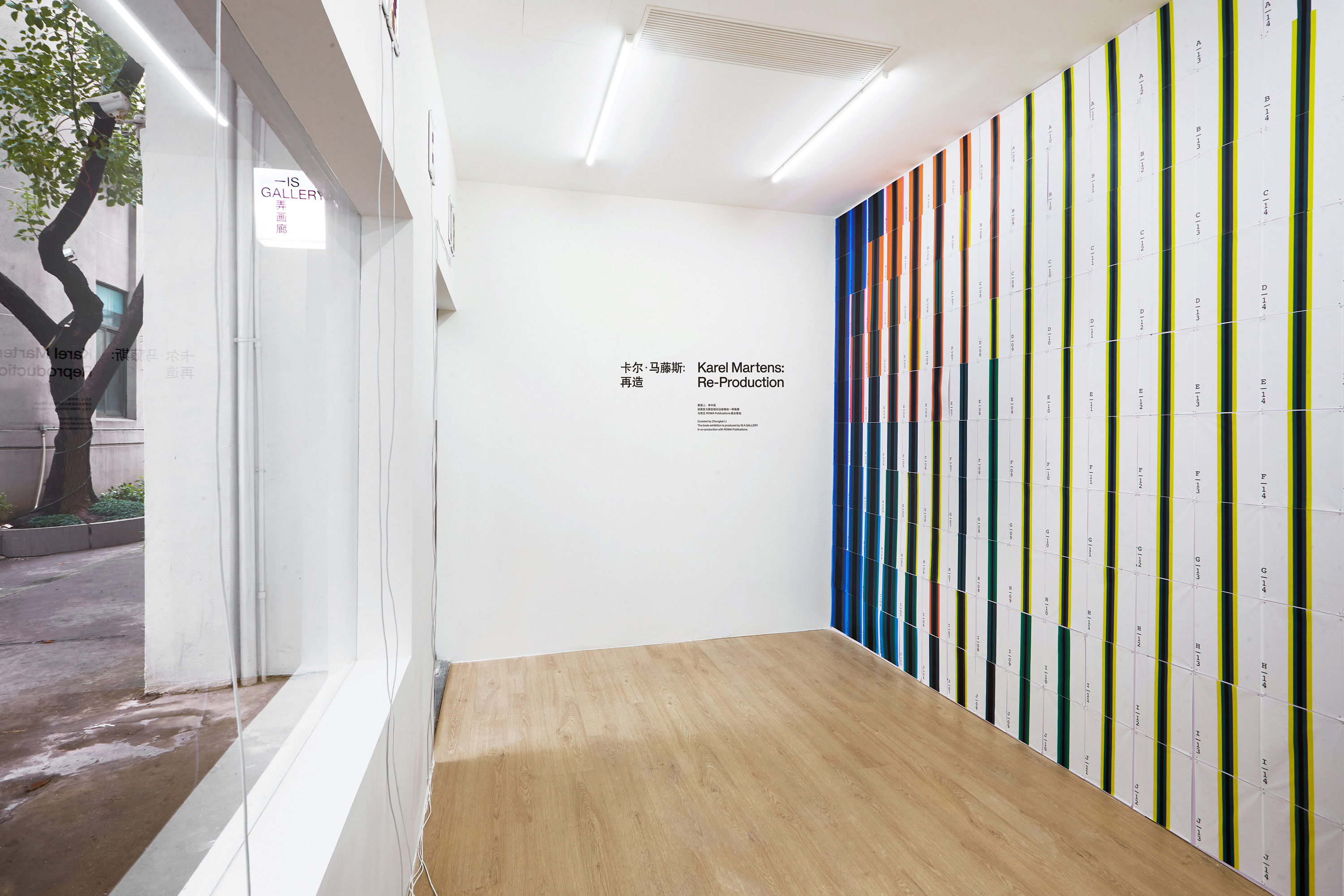 This book¹ is an exhibition;² the exhibition³ is this book.⁴

About the Artist
Karel Martens is a Dutch designer and teacher. Since graduating from the Arnhem Academy of Art and Industrial Arts in 1961, Martens has worked as a freelance graphic designer for the publishers Van Loghum Slaterus, the Socialistiese Uitgeverij Nijmegen (SUN), the Netherlands national postal service, and other clients. He has designed the architecture journal OASE and glass facades for the Philharmonie in Haarlem.

Martens won the H.N. Werkman Prize (1993) for the design of OASE, the Dr. A.H. Heineken Prize for Art (1996), the Gold Medal at the Leipzig Book Fair (1998), the Gerrit Noordzij Prize (2012), and several other distinctions. He taught at the Arnhem Academy of Art and Industrial Arts as well as the Jan van Eyck Academie and has been a visiting critic at the Yale School of Art since 1997. Martens co-founded the Werkplaats Typografie program with Wigger Bierma in 1998.
‍

About ROMA
Roma Publications is an Amsterdam based art book publisher and design studio, founded in 1998 by graphic designer Roger Willems and artists Mark Manders and Marc Nagtzaam. It is used as a platform to produce and distribute autonomous publications made in close collaboration with a growing number of artists, institutions, writers and designers. Related to the content, every issue has its own rule of appearance and distribution, varying from house to house papers to exclusive books. The publications so far are in editions between 2 and 150,000 copies. Occasionally, Roma also curates exhibitions.

———————————
The book-exhibition is produced by IS A GALLERY in co-production with ROMA Publications.