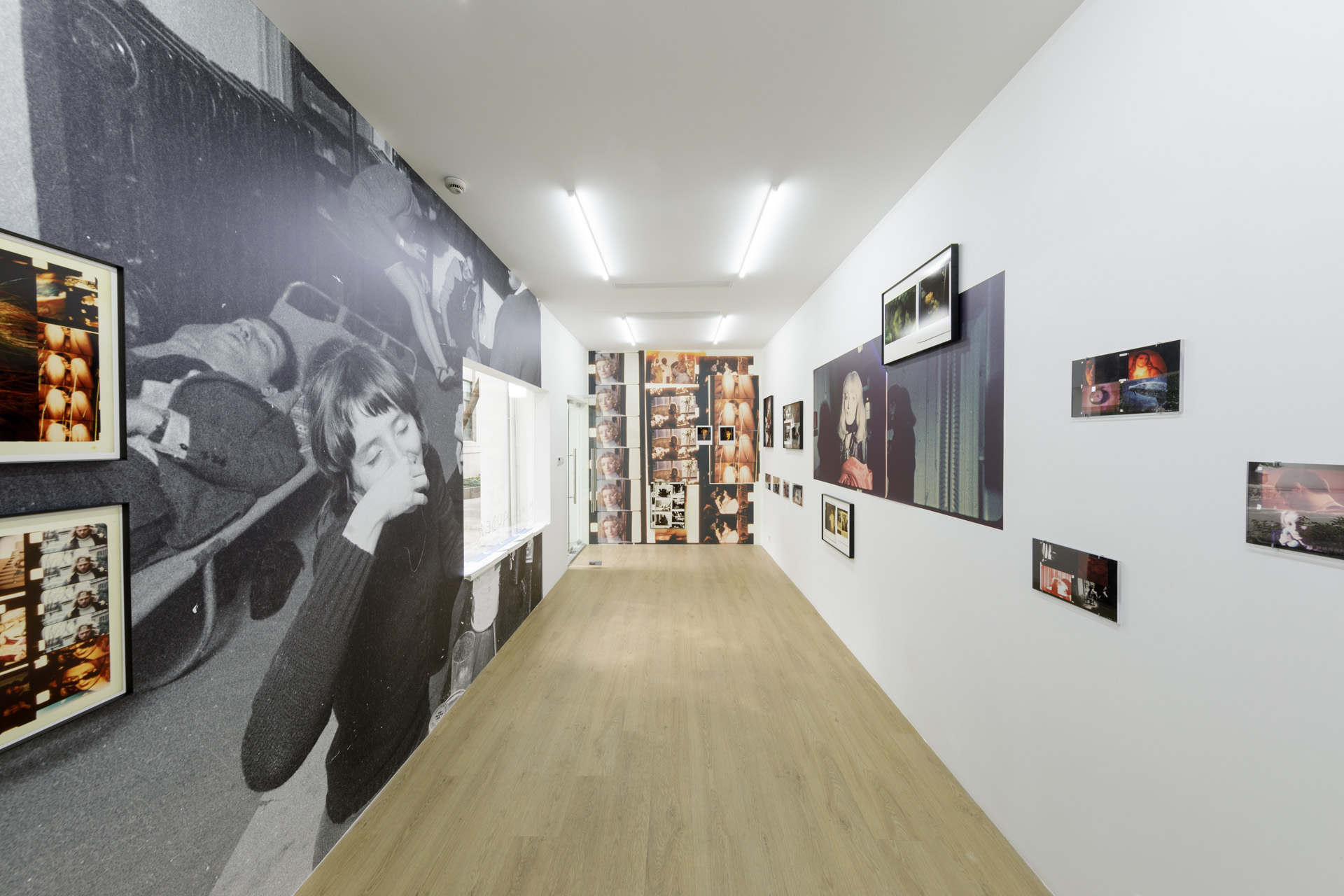 From April 23 to May 20, IS A GALLERY will host the internationally renowned video artist Michel Auder’s solo exhibition Iconography, Storytelling, Myth, Irony, Archive. Auder’s first solo exhibition in China pulls from his image archives and presents his detailed insight into New York City’s East Side art scene in the second half of the 20th century.

Auder’s image creation is closely related to his life. At the close of the 1960s, he settled in New York from Paris and started carrying a portable camera with him. Over the years, he has used Super 8, 16mm, and 35mm cameras to record people and events in his life through a personal and subjective lens. Daily trivialities and historical highlights are exposed in his image records. This exhibition presents the relationship between Viva, Andy Warhol, and Martin Kippenberger through Auder’s lenses. Interactions with close friends, actors, and artists such as Cindy Sherman and Candy Darling show viewers that Auder’s documentary style is different than what is used in general movie production.

The materials for this exhibition come from collages, Polaroid photos, and iconic video clips from thousands of hours of Auder’s work. Through copying, collaging, enlarging, and reproducing, Auder takes the past and connects it with the present, giving it a new meaning. The blank parts of compositions or obtrusive details, such as a media player bar, remind the viewer that Auder’s creation is constantly updated. It happens in the present and is not just focused on the past.

Michel Auder’s images are not true records. They are mixed with collage techniques, unscripted dialogues, and intimate interactions, which may be both history and performance. He changed the traditional perceptive habits of movie audiences and art audiences, redefining the boundary between private and open observation, and integrated mythology, narrative, and documentary archives indiscriminately.

Born in 1944 in Soissons, France. Lives and works in Brooklyn. Auder has been a faculty member at the Yale School of Art since 2005 and was selected by the 2016 DAAD’s Berliner Künstlerprogramm’s jury for a one-year visual art residency. He participated in documenta 13 in 2012 and documenta 14 in 2017 as well as the 2014 Whitney Biennial. His work has exhibited at Kunsthalle St. Gallen, St. Gallen, in a retrospective at the 11th Biennial of Moving Images, Geneva, and at the Berlin, London, and Copenhagen international film festivals. Auder’s solo exhibitions include: Video, Film, Photography 1969-2001, Rooseum Center for Contemporary Art, Malmo; Retrospective 1969-2002, the Renaissance Society at the University of Chicago; and exhibitions at Kunsthalle Lund, Lund; Kunsthalle Basel, Basel; Portikus, Frankfurt; Établissement d’En Face Projects; and Culturegest, Lisbon.

About the Artist
While working as a photographer in Paris, Michel Auder was drafted into the Algerian War. After being involved with the Zanzibar Group in France at the close of the 1960s, Auder continued to make films and photographs in New York City. Auder’s work captured iconic and imaginative artists such as Viva, Andy Warhol, Candy Darling, and Cindy Sherman. The artist has continued to use images and footage from his archive as well as create new work in his personal, up-close, diaristic approach.

Auder participated in documenta 13 in 2012, documenta 14 in 2017, and the 2014 Whitney Biennial. He has had solo exhibitions at the Rooseum Center for Contemporary Art and the Renaissance Society at the University of Chicago. His work has been exhibited at the Anthology Film Archives, the Centre for Contemporary Images, and the Berlin, London, and Copenhagen international film festivals. Auder was appointed critic at the Yale School of Art in 2009.